“BY NOT GIVING UP ON YOUR DREAMS, YOU NEVER KNOW WHO YOU CAN INSPIRE”

She did it as a child, in a fluffy white dress and matching patent-leather shoes, knocking out a hymn at a school show that brought the audience to its feet.

She did it a few years later as the first teenager at her church to direct a song the children’s choir was performing.

And she did it again this year – in spectacular fashion – when she was crowned Miss America 2019. For the first time ever, all three reigning national pageant title holders – Miss America, Miss U.S.A., and Miss Teen U.S.A – are African American.

But here’s what Nia readily admits: she almost didn’t compete at all. That last achievement, the title and the position she proudly holds today, may not have happened if she hadn’t given it one last chance.

“You never know, by not giving up on your dreams, who you can inspire.”

Nia began a lifetime of inspiring others when she was just a child, growing up in a close family in Winston-Salem, North Carolina. An appreciation for the arts, especially for music, ran deep in her blood.

“My mom was always singing,” she remembers. “And my Dad was a walking encyclopedia when it comes to Motown and jazz and R&B. It’s been amazing to have them as role models.”

Nia used to tell people she wanted to be a famous singer, “just like Whitney Houston.” And by the time she was in third grade, at a school talent show, she knew that’s what she would do.

“I received a standing ovation that night and I will just never forget that,” she says. “I will never forget drilling it with my mom, getting the words just right, getting the melody just right. That was the moment I knew I wanted to perform and bring people together through music.”

Performance may have been the entrance ramp to her music career, but composition is where Nia truly excels. Notating music is no easy feat, even for a seasoned artist. But by the time she was a sophomore in high school, Nia’s true passion as a composer was coming into view. She’d already been writing music for years, since she was a 5-year-old girl, sitting on her grandmother’s couch, swinging her legs and humming a tune, creating a song she would one day professionally record. Not only could she perform music someone else had written, she could be the one putting the notes on paper. It’s a revelation that sticks with her to this day.

And just as soon as she’d learned how to do it, she wanted to pass it on. Nia knew early that another part of her life’s mission was to make sure children everywhere had the same access to art education that she had growing up.

“I didn’t understand the lack of arts that some students had. I wanted to do more. So, when I was in grad school, I became part of the Artists Corps, which was part of AmeriCorps at the time. I met children who’d never seen or touched piano. And I saw the difference it made for me as a music instructor.”

At 22, Nia snagged the opportunity of a lifetime. She was chosen for an honor at New York City’s Lincoln Center, called the William R. Kenan Jr. Fellowship, a six-month residency for some graduates of the University of North Carolina School of the Arts. Without hesitation, Nia moved to New York City.

And here’s where we go back the “chance-taking” part of Nia’s story. It’s safe to say things didn’t go quite as planned for the budding composer, singer, and performer.

“I competed for Miss North Carolina twice, two Junes in a row. And I lost,” she explains. “That second June I lost is when I moved to New York City. Plus, I had aged out of the program.”

Nia had left pageant life behind her. Or so she thought, until the day she got a phone call alerting her that they’d changed the rules. Turns out, she had aged back in. There she was, in New York City, focusing on music like she’d always dreamed of doing. The last thing she wanted was to halt the momentum she’d been building in her music career. But there was one nagging thought that just wouldn’t go away. Despite having lost in previous competitions, she felt compelled to try again.

“One more chance,” she said slowly, defiantly, as if remembering that rising ambition that lived in her core all along. “It seemed like a miracle that the age changed at just the right time for me to compete. I never wanted to look back and wonder, ‘what if I had competed?’”

Soon, Nia was crowned Miss Five Boroughs. From there she went on to compete for Miss New York in Buffalo. And by now, we all know what happened when she made it to Atlantic City, New Jersey earlier this year. Nia Franklin is the ninth African American woman to 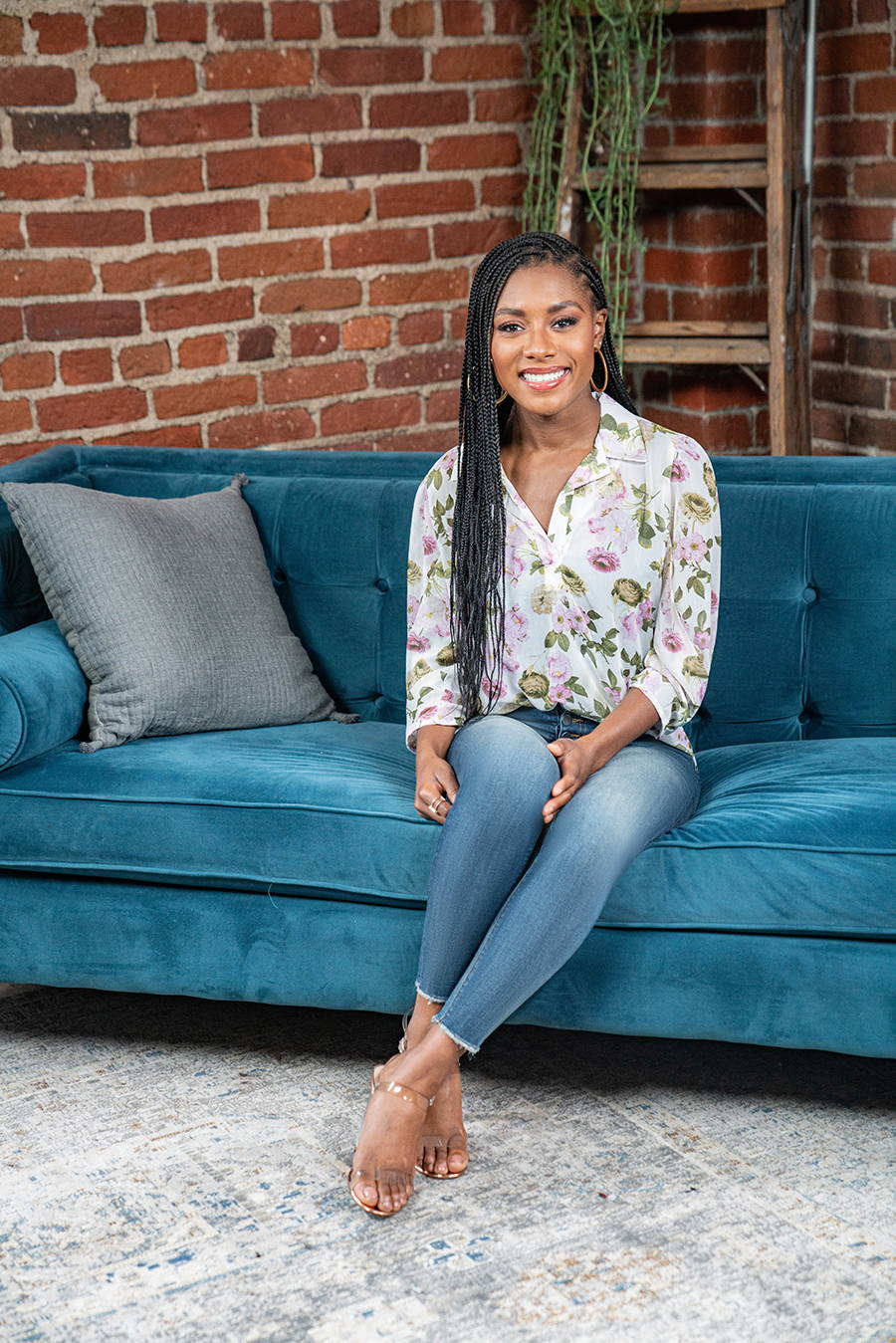 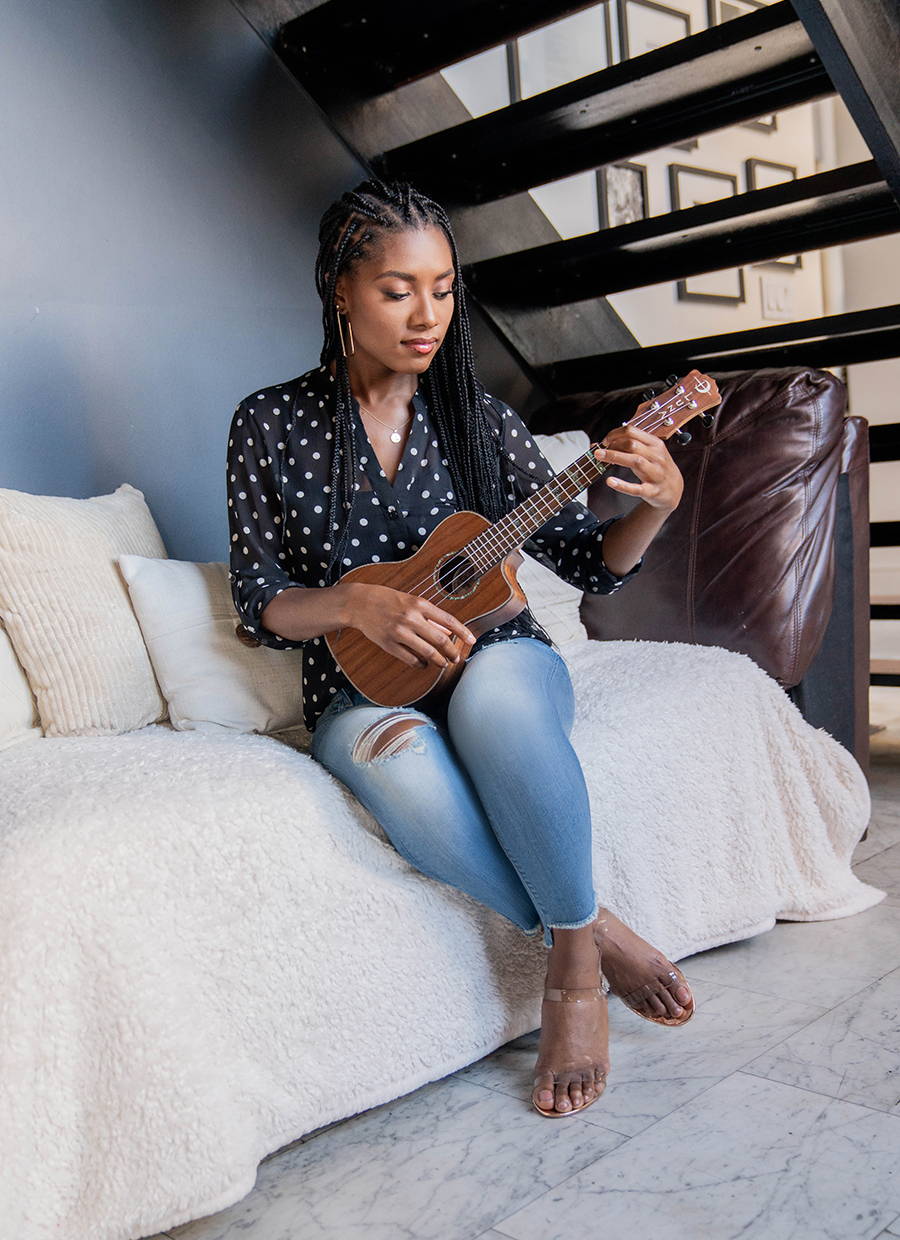 wear the sash and crown in a program that didn’t even allow black women to compete in its first 30 years.

“It is amazing to see how far we’ve come. We can’t ignore our country’s, or this organization’s, history. It’s great to see any minority making such great strides, being recognized for more than their skin color.”

The role of Miss America is more of a commitment than casual pageant viewers might realize. As Miss America, Nia has a contract, gets a salary, and is required to be the face of the organization. She travels a good portion of the year. One of her many requirements is to be the National Goodwill Ambassador for the Children’s Miracle Network hospitals, a longstanding partnership with the Miss America organization. It’s a role she does not take lightly, considering that she understands all too well what it’s like when a family member is suffering.

Nia’s father was diagnosed with lymphoma. Lymphoma is a form of blood cancer, and it’s something he battled for several years, relapsing twice after chemotherapy.

“Those treatments just weren’t working, so some really brilliant doctors at Duke Medical Center suggested he try a stem cell donation,” Nia recalls. When Nia was in her spring semester of her sophomore year of college, she became her father’s stem cell donor. There is obvious pride and peace in her voice when she says he has just celebrated his six-year anniversary of being cancer-free after the transplant. To thank the staff at Duke for their care, Nia’s family donated a piano to the center this summer.

Watching her father wage war against the disease was life-changing for Nia, but she understands the experience ultimately elevated her in her title role as hospital ambassador.

“I can really empathize with children and their parents,” she remarked. “I know what it’s like to have a family member and not know if they’ll make it to the next day. All you can do is have hope and have faith, and that’s what I’ve tried to talk to the parents about. To be their light, their hope.”

What Nia can’t possibly know is how many young women now have hope, just by watching her excel in her role as Miss America. But Nia, as you might expect, is already busy planning for her time after the title. She’d love to release some of her music and perform it live on tour.

“I have aspirations to do orchestral work and be in the film composition world. I’m also very interested in supporting women in the field of music in general. I have a great support system, but so many people don’t. And it can be tough, in a male-dominated field, when you don’t feel like you have someone to help you navigate the industry.” You can learn more about her vision for when her Miss America year is through at ComposeHer.org.

In the meantime, Nia Imani Franklin is loving life in the spotlight, being her authentic self, living her dream not only for herself, but for the countless young people of all colors who are most certainly watching. 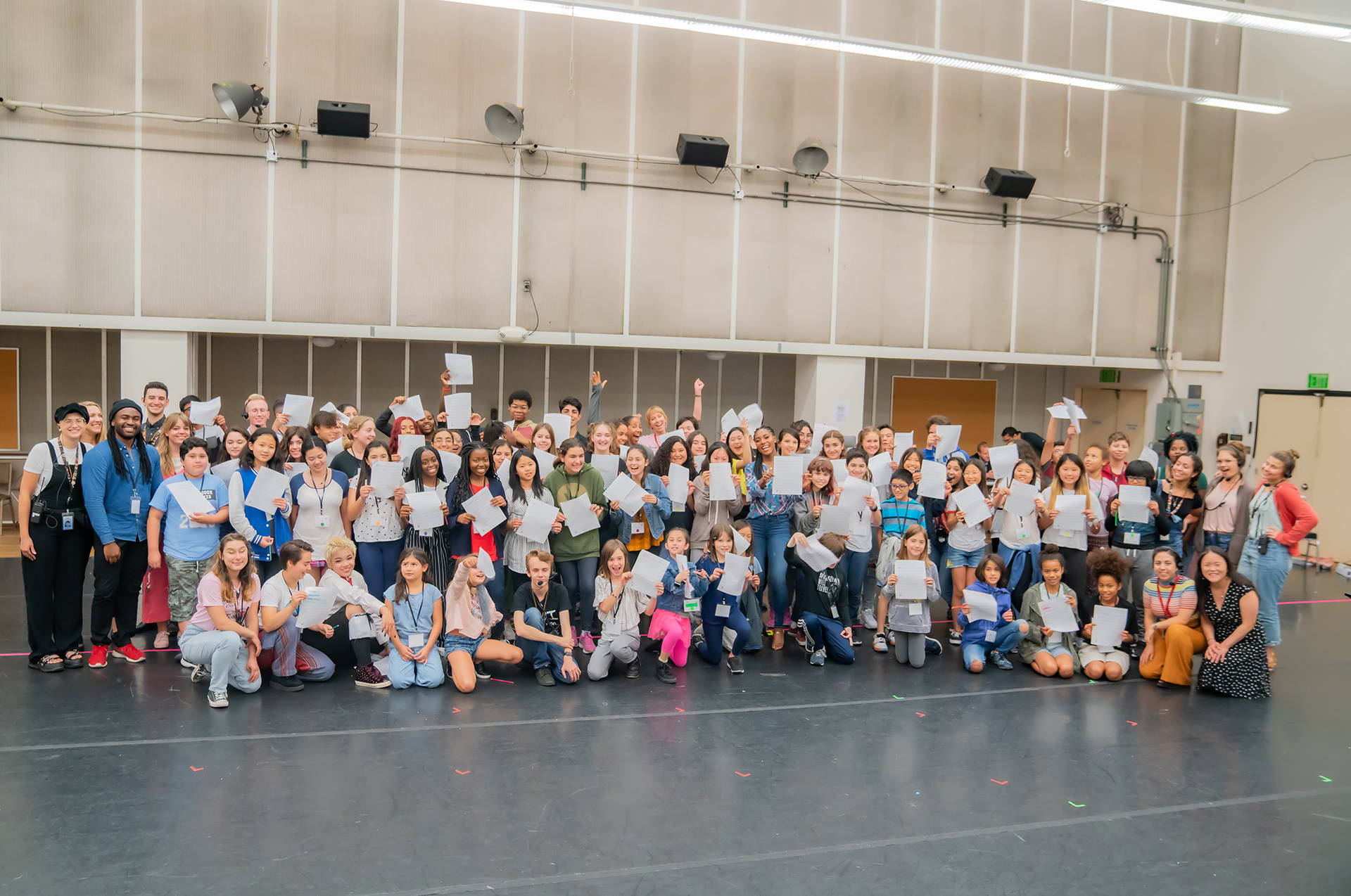 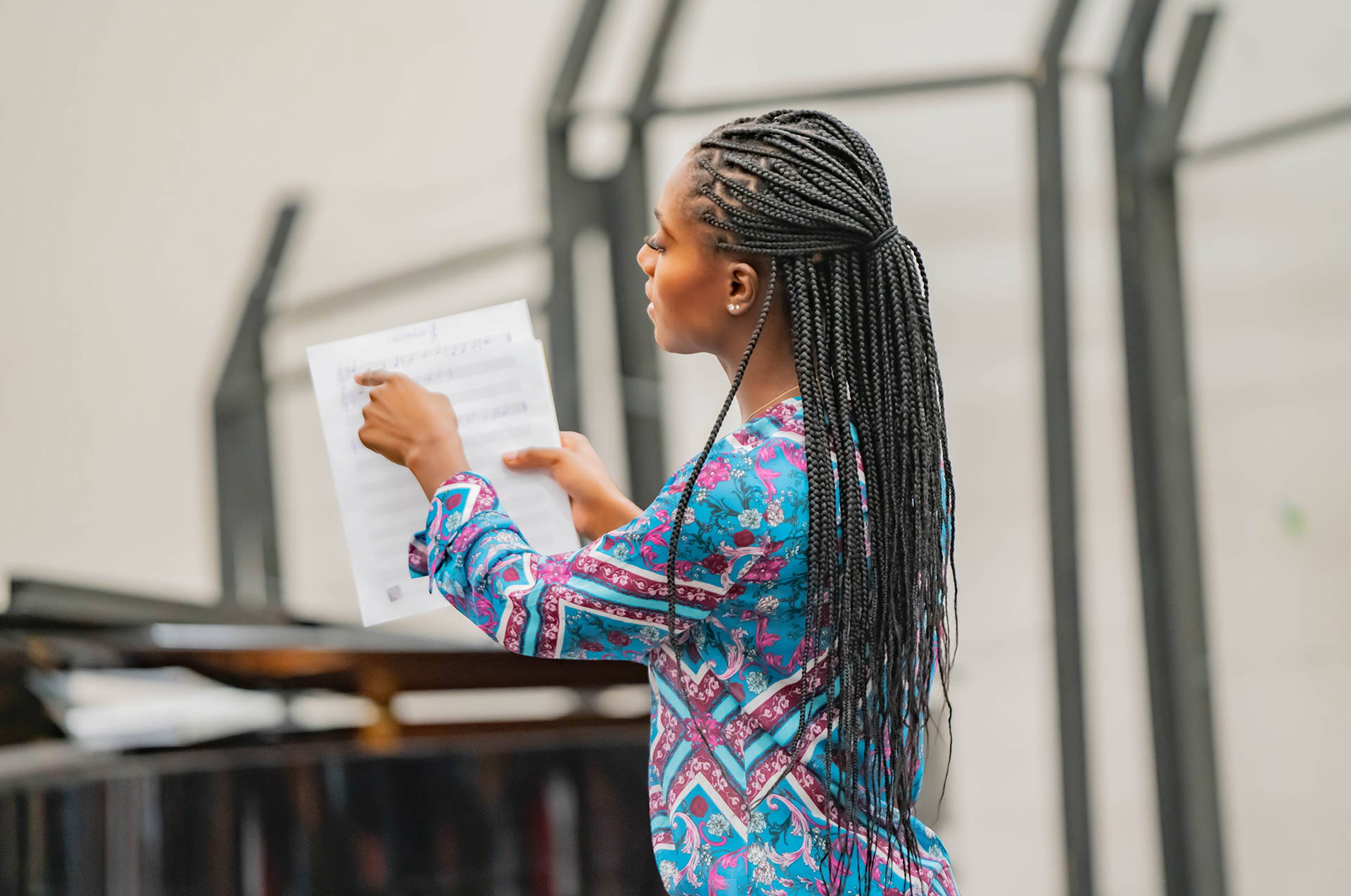 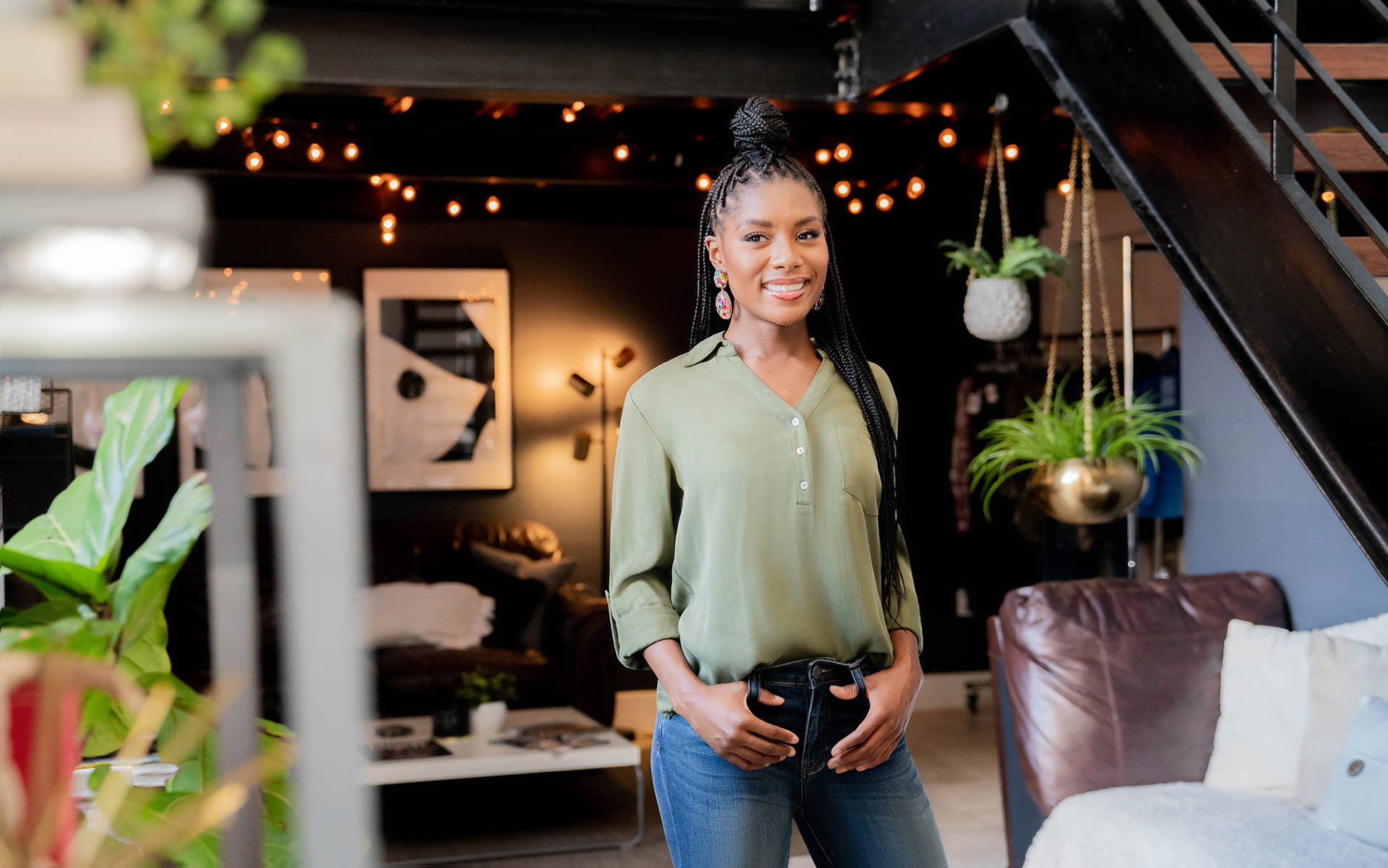 KUT FROM THE KLOTH

PREMIUM DENIM WITH A GREAT FIT THAT MAKES EVERY WOMAN FEEL COMFORTABLE & CONFIDENT.