“When women support each other, anything is possible.”

Veena Crownholm has a gleaming smile and eyes even brighter than her cheerful Instagram feed, packed with parties and television appearances and events in sunny Los Angeles. To say that she is interesting would be an enormous understatement. Veena has more stories to tell than you’d ever have time to hear. She’s the daughter of immigrants, a former Miss California, who held a Guinness world record for baton twirling, met her husband at a dog park, and even with her packed schedule chooses to homeschool her young son, Eddie.

But ask Veena what she’d really like people to know about her, and the answer goes back to an old adage she especially hopes women will take to heart, particularly in this age of pervasive social media: Veena Crownholm has learned that the only way to live your fullest life is to be authentic.

“Everybody struggles,” she says. “We would all rather look sideways and see what everybody else is doing. Truly, the only way to build a brand is to be you. Be inspired by others, but never want to be anything other than yourself.”

That level of confidence is inspiring, but even she might admit it took a long time to develop.

Born to an Indian father and a Chinese mother who grew up in Indonesia, Veena understood even as a young girl that nobody she was seeing on television – or anywhere else, for that matter – looked like she did, especially not in pointe shoes. While Veena dreamed to be a professional ballet dancer, she also threw herself into something she discovered she had an exceptional talent for, which was of all things, baton twirling. As it turned out, baton twirling became what not only eventually opened doors for Veena, but grew her even closer to the person she would say was her biggest influence: her mother.

The two spent 17 years together traveling the world, competing in events and baton twirling. Many titles and trophies and even Olympic medals later, the baton eventually led Veena to UCLA, where she became the feature twirler known as the Golden Girl.

And that is how Veena’s road to Miss California began.

“I had to pay for my own college tuition and books, and I was always looking for scholarships. I saw a flyer in my sorority house one day that said, do you have a talent? And I’m like, I do! I can twirl a baton! Do you want to win $1500 next weekend? Yes! I’m totally in!”

Veena went on to win 3rd runner up in the Miss California pageant, which helped pay for a year of school. The next year she was the 2nd runner up, good for helping with another year’s tuition. She then crammed classes into her schedule to be able to graduate in three years, tried one more time to become Miss California, and won in 2004. She hadn’t even considered that when she won, she made history.

“I grew up color-blind. People are people. But a petite Indian woman had never walked across the stage. And I don’t think I recognized the importance of that until I competed in Miss America. It was a really big deal, for a lot of people. It was possible.” 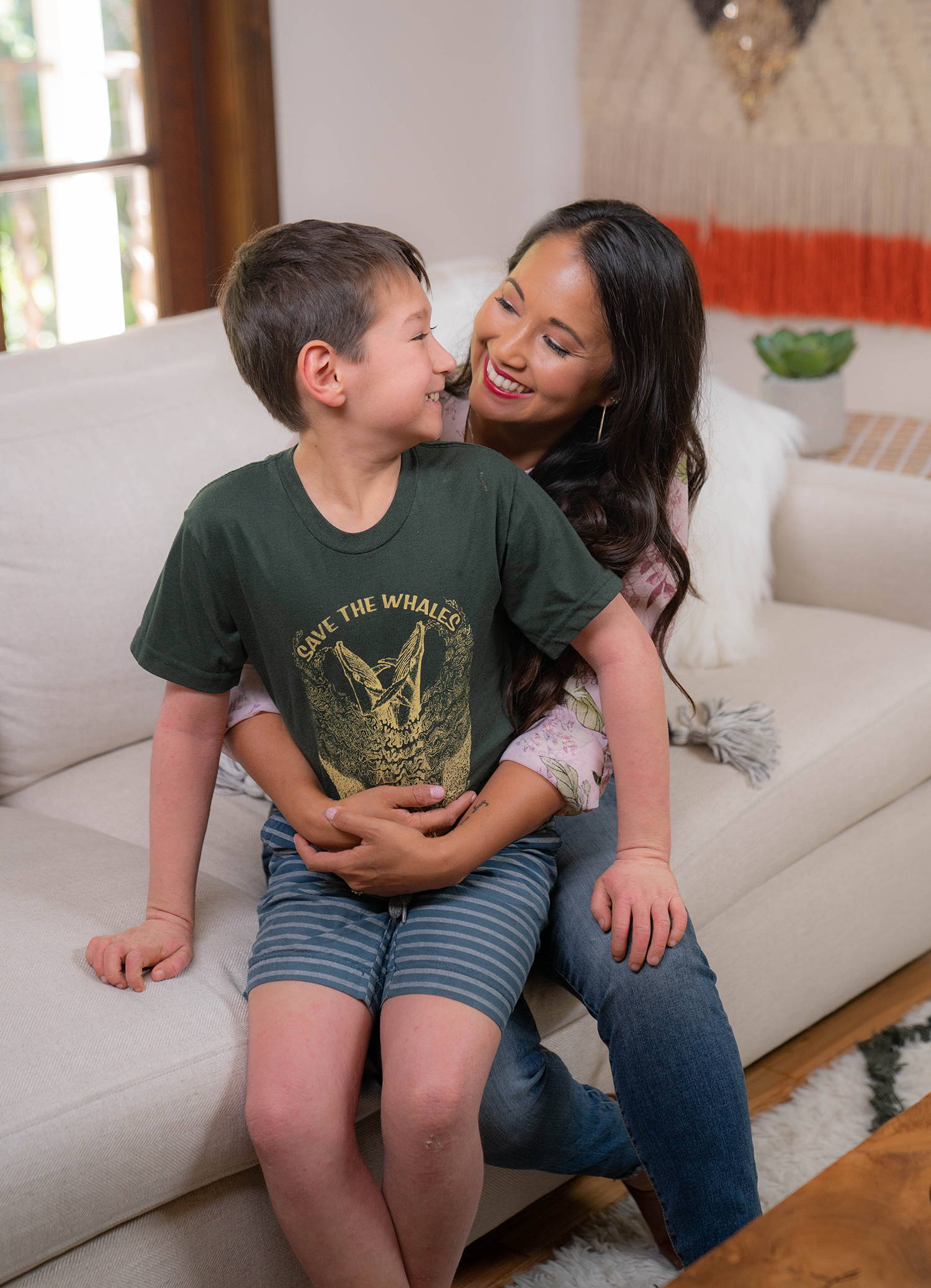 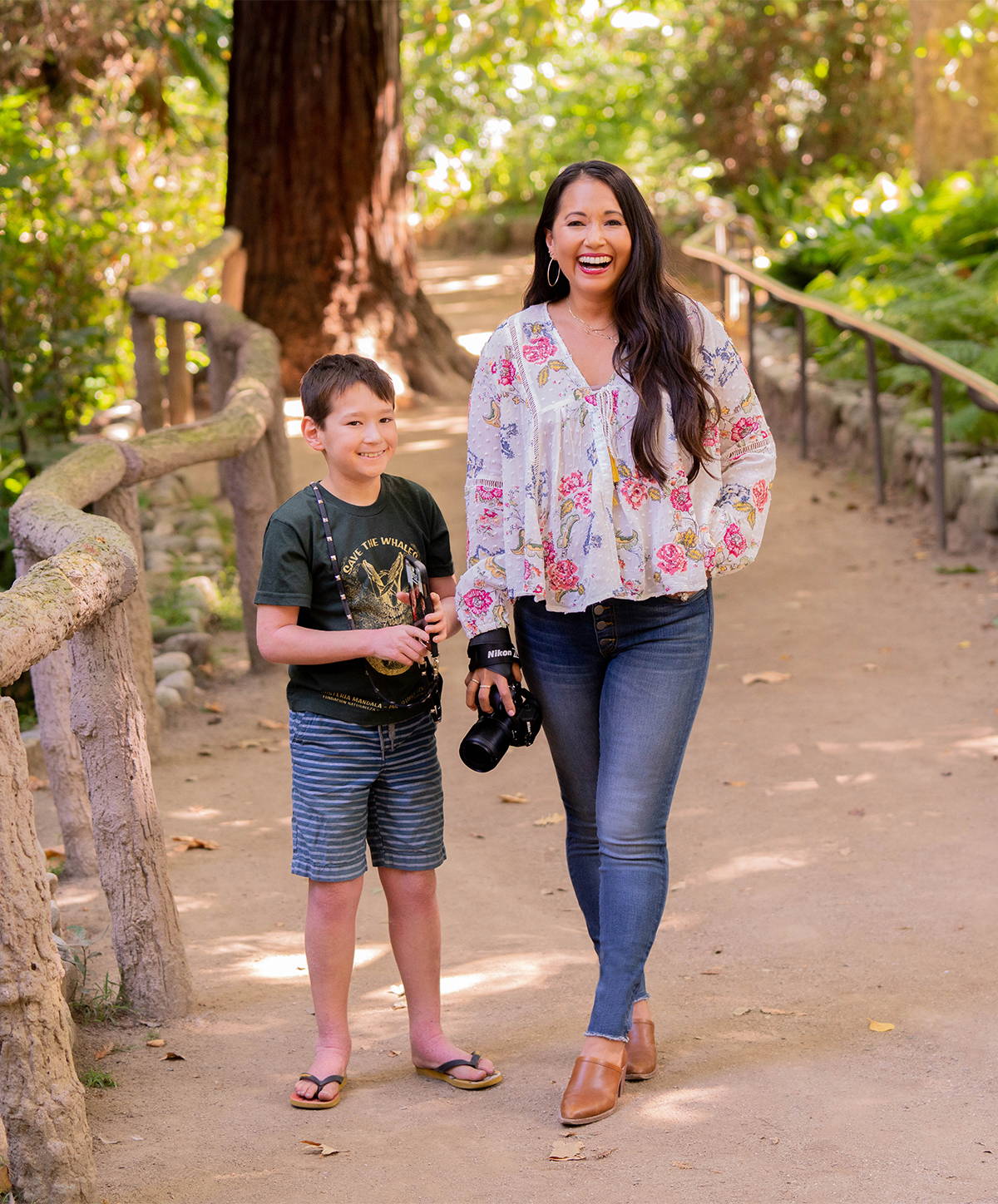 Veena was the 4th runner up in the Miss America competition that year. But the memory that most sticks with her is wearing a gown that had been hand-beaded by her mom, particularly poignant because by then, she’d been diagnosed with Parkinson’s Disease.

Veena helped care for her mother for years, even moving her family from the Bay Area to Los Angeles to be with her. She was 35 years old when her mother died, hardly a lifetime with a parent, but she carries with her an entire lifetime of love from her mother, something she dearly wants to pass on to her son, Eddie, now 8. She spends as much time with him as she can. She wants him to feel the same kind of love.

“I just always have Eddie,” she laughs. “Anywhere I wanted to go, I had to take him. I call him my assistant. I homeschool so he’s with me all the time. He comes with me everywhere I go. It ended up being a lot of fun because we traveled all over the world last year.”

Eddie is the subject of many of Veena’s social media posts, a decision she made because she feels so strongly about the topic of motherhood.

“You can’t be a perfect mom. Those imperfections are what make us special,” she reminds us. “And sharing is how we connect.”

These days you’ll find Veena connecting with people all over the globe, sharing her story as a motivational speaker, occasionally hosting red carpet events, and being the best wife and mom she can be. She’s the kind of force who wants to get out there and just say ‘yes!’ to whatever opportunities come her way.

“If my cousin tomorrow said, ‘hey, let’s go backpacking in Colombia,’ I’d say, ‘sure, why not?’ Whereas my mom was much more of a planner. She didn’t get to do the adventures she wanted to do. She had that retirement fund and she never got to use it.”

And above all, Veena wants to be involved in whatever project best celebrates women applauding one another. Her colorful online presence and positive life outlook may draw you in, but she couldn’t be more serious about the message it sends.

“When women support each other, anything is possible. Be authentic, and let the rest of the world find you.”

“You can’t be a perfect mom.
Those imperfections are what make us special, and sharing is how we connect.” 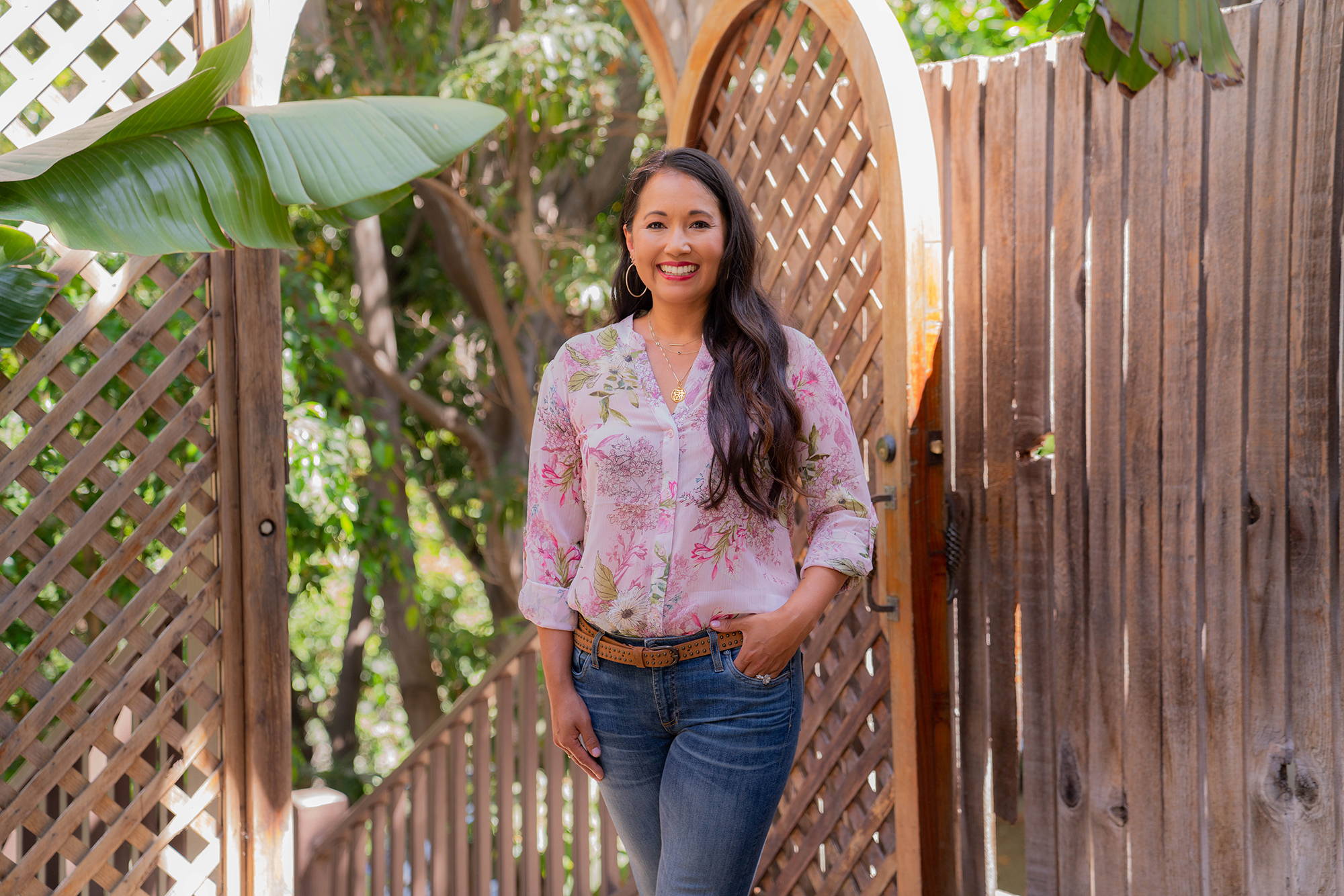